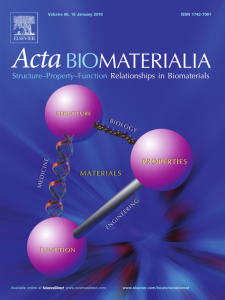 The Acta Biomaterialia Gold Medal recognizes demonstrated leadership in the field of Science and Engineering of Biomaterials. It rewards either

The awardee should be a recognized world leader in the field of biomaterials, whose accomplishments in discovery and translation to practice are surpassing and well known in the field.

With this distinction Acta Materialia, Inc. not only intends to honor outstanding contributions to the field but also to improve the awareness of the fundamental importance and diversity of materials research, both within the community and the public at large.

The Acta Biomaterialia Gold Medal Award consists of a gold medal, an inscribed certificate, and a cash prize of US$10,000.

Candidates for this award may be proposed by any scientist/engineer/practitioner or any biomaterials related society, previous Acta Biomaterialia award recipients, Sponsoring or Cooperating Societies of Acta Materialia, Inc., and Editors of the Acta Materialia journals.

The nomination package should contain

**Please emphasize the nominee’s impact on their research field, rather than the metrics on their publications.

Nominations remain in effect for three years unless withdrawn or re-endorsed, with an additional justification, for an additional two-year period. Current members of the Acta Materialia Board of Governors and of the Award Selection Committee are not eligible.

The Award Selection Committee is formed of five judges, themselves distinguished biomaterials scientists.

The Acta Biomaterialia Gold Medal is awarded each year, unless the judges feel no candidate is qualified. The presentation is made at a venue approved by the Acta Materialia Executive Committee. The Award will not be bestowed in absentia except under extraordinary circumstances.

Nominations should be submitted to the Executive Secretary (Prof. Carolyn Hansson, chansson@uwaterloo.ca), as a single file document preferably in PDF or Word format. 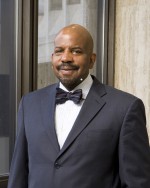 Prof. Laurencin is known as a world leader in biomaterials, nanotechnology, stem cell science, drug delivery systems, and a new field that he has pioneered, regenerative engineering. Prof. Laurencin has produced seminal studies in a number of areas of biomaterials. He and his colleagues were the first to develop nanofiber technologies for tissue regeneration. The seminal paper appeared on the cover of the Journal of Biomedical Materials Research, in its “Top 25 Biomaterials Papers of the Past 50 Years” edition. His group pioneered the development of polymer-ceramic systems for bone regeneration. The American Institute of Chemical Engineers cited this achievement in naming him one of the 100 Engineers of the Modern Era. He has received the Clemson Award for Contributions to the Biomaterials Literature, and the Founder’s Award, both from the Society for Biomaterials.

Prof. Laurencin’s work has had tremendous impact on many fields. The American Institute for Medical and Biological Engineering awarded him the Pierre Galletti Award, medical and biological engineering’s highest honor, while the Association of Bone and Joint Surgeons awarded him the Nicolas Andry Award, its highest honor. His work was honored by the Scientific American Magazine as one of the 50 greatest achievements in science in 2007. In 2012, his work was highlighted by the National Geographic Magazine in its “100 Discoveries That Have Changed Our World” edition. In 2019, the American Association for the Advancement of Science awarded the Philip Hauge Abelson Prize, given for “signal contributions to the advancement of science in the United States”, to Prof. Laurencin.

Prof. Laurencin is the recipient of the National Medal of Technology and Innovation. It is the highest honor bestowed in the United States for technological achievement. 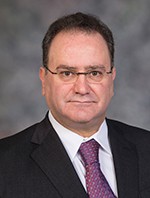 The recipient of the 2019 Acta Biomaterialia Gold Medal is Professor Antonios G. Mikos, Louis Calder Professor of Bioengineering and Chemical and Biomolecular Engineering at Rice University. The Award will be presented at the 2019 U.S. Society for Biomaterials Annual Meeting and Exposition to be held in Seattle, WA, in April 2019.

Professor Mikos received his Dipl.Eng (1983) from the Aristotle University of Thessaloniki, Greece, and his Ph.D. (1988) in chemical engineering from Purdue University. He was a postdoctoral researcher at the Massachusetts Institute of Technology and the Harvard Medical School before joining the Rice Faculty in 1992 as an assistant professor where he has remained since.

Professor Mikos’ research focuses on the synthesis, processing, and evaluation of new biomaterials to be used as scaffolds for tissue engineering, as carriers for controlled drug delivery, as non-viral vectors for gene therapy, and as platforms for modeling diseases. His work has led to the development of novel orthopaedic, dental, cardiovascular, neurologic, and ophthalmologic biomaterials. 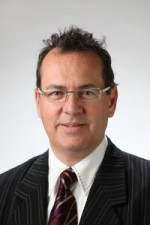 The recipient of the 11th Acta Biomaterialia Gold Medal is Jeffrey Hubbell, Eugene Bell Professor in Tissue Engineering in the Institute for Molecular Engineering of the University of Chicago.

Professor Hubbell uses biomaterials and protein engineering approaches to investigate topics in regenerative medicine and immunotherapeutics. In regenerative medicine, he focuses on biomaterial matrices that mimic the extracellular matrix and on growth factor - extracellular matrix interactions, working in a variety of animal models of regenerative medicine. In immunotherapeutics, he focuses on nanomaterials in vaccines that target lymphoid-resident antigen presenting cells and on protein engineering approaches to deliver antigen to the spleen and liver for inverse vaccines to induce tolerance to protein drugs and in autoimmunity. His interests are both basic and translational, having founded or co-founded several biomedical companies based on his technology, including Focal, in Boston, acquired by Genzyme; Kuros Biosciences, in Zurich, in the domain of regenerative medicine; Anokion and Kanyos Bio, in Boston, both in the domain of immunological tolerance; and Clostra Bio, in Chicago, in the domain of food allergy.

The Gold Medal will be presented to Professor Hubbell at the 2018 Meeting of the Society for Biomaterials in Atlanta, GA. 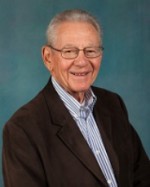 (NOTE: This list includes only a selected few of many invited lectures, including plenary and keynote lectures, given over the past 40+ years at conferences, universities and companies in the US and overseas) 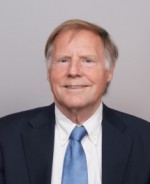 Dr. Klaas de Groot, emeritus professor at the Tissue Engineering Group at Twente University, The Netherlands, has been awarded the highly acclaimed international 2015 Acta Biomaterialia Gold Medal Award. The award recognizes excellence in research and development in the field of biomaterials. Dr Klaas de Groot, born in 1940, is since 2008 - emeritus professor at the Tissue Engineering Group at Twente University, The Netherlands. He studied physical chemistry at Groningen University, the Netherlands, where he received his B.Sc. in 1961 and his M.Sc. in 1965. Thereafter he received a fellowship to spend two years as a post-doc at the University of North Carolina, at Chapel Hill, USA. He then returned to Groningen to obtain his PhD in 1968. In the 1980’s he started to cooperate with Chinese Universities, which led to honorary appointments at several Chinese Universities, among them Beijing University and University of Sichuan. His research concerned mainly implants to replace bone, bone joints, and teeth. He received many awards besides the already mentioned Chinese Friendship Award. To mention a few: the George Winter Award, the Clemson Award, Sir John Charnley Award, Honorary Member of the Dutch Society for Biomaterials. He was a member, and elected as a Fellow, of various professional societies such as The European society for Biomaterials (ESB) and the American Society of Biomaterials, and was co-founder of the ESB. Currently, he is still active in science as scientific advisor at the Amsterdam School of Dentistry (ACTA) department of Oral Implantology. 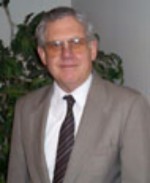 Dr. Jack Lemons received his PhD from the University of Florida in 1968 and completed his National Institute of Health-sponsored Fellowship in Medicine and Dentistry at the University of Alabama at Birmingham (UAB) in 1973. He currently serves as a university professor in the Department of Prosthodontics and Biomaterials at UAB’s School of Dentistry, where his academic responsibilities include dental prosthodontics, medical orthopaedic surgery and biomedical engineering. He also serves as Professor of the Joint Materials Science Program at the University of Alabama in Tuscaloosa, Alabama, and is an adjunct professor of prosthodontics at the University of Pittsburg School of Dental Medicine. He is a member of numerous organizations including the American Academy of Orthopaedic Surgery, the International Association for Dental Research, the American Board of Forensic Examiners and the American Association for the Advancement of Science, to name just a few. He presides over lectures for local study clubs and continuing education classes and has contributed over 40 years of education, research and service focused on the biocompatibility of synthetic origin bio- and dentalmaterials. He has sat on the editorial board of the Journal of Biomedical Materials Research and has been a section editor at the Journal of Clinical Implantology. His publications and abstracts exceed 600 titles in various peer-reviewed journals. 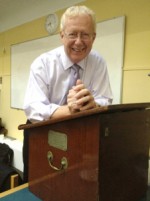 Larry Hench, University Professor of Biomedical Engineering in the Florida Institute of Technology College of Engineering, has been awarded the highly acclaimed international 2014 Acta Biomaterialia Gold Medal Award. The award recognizes excellence in research and development in the field of biomaterials. Professor Hench, who is also director of the Florida Tech Center for Medical Materials and Photonics, specializes in bio-ceramics and is a member of the National Academy of Engineering (NAE). Born in Ohio in 1938, Dr. Hench received his bachelor’s degree in 1964 in ceramic engineering from The Ohio State University. After 32 years on the faculty, Hench retired from the University of Florida as Emeritus Professor to join the Imperial College, University of London, as chair of ceramic materials. There, he co-founded and co-directed the Tissue Engineering and Regenerative Medicine Centre for 10 years.