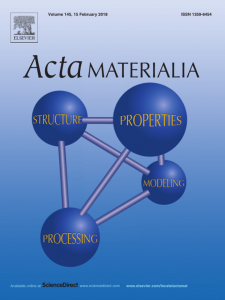 The nominee should be 45 years of age or under on 31st January 2020. Exceptions may be made for an interruption in career progression due, for example, to family or military service.

The Silver Medal Award consists of a silver medal, an inscribed certificate, and an honorarium of US $5000.

The nomination package should contain

**Please emphasize the nominee’s impact on their research field, rather than the metrics on their publications.

Nominations remain in effect for three years unless withdrawn or re-endorsed, with additional justification, for an additional two-year period. Current members of the Acta Materialia Board of Governors and of the Award Selection Committee are not eligible.

The Award Selection Committee is formed of five judges, themselves distinguished members of the materials community.

The Acta Materialia Silver Medal is awarded each year, unless the judges feel no candidate is qualified. The presentation is made at a venue approved by the Acta Materialia Executive Committee. The Award will not be bestowed in absentia except under extraordinary circumstances.

Nominations should be submitted to the Executive Secretary (Prof. Carolyn Hansson, chansson@uwaterloo.ca), as a single file document preferably in PDF or Word format. 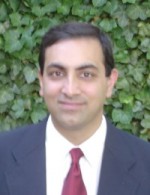 Prof. Chawla’s research interests encompass the deformation behavior of advanced materials at bulk and small length scales, including Four Dimensional (4D) materials science, environmentally-benign metallic alloys, composite materials, and nanolaminates. He has published widely and his research is highly cited. He is the author of the textbook Metal Matrix Composites (co-authored with K.K. Chawla), published by Springer. The 2nd edition of this book was published in 2013.

Prof. Chawla is a Fellow of ASM International and past member of The Minerals, Metals, and Materials Society (TMS) Board of Directors. He’s the recipient of the New Mexico Tech Distinguished Alumnus Award for 2016. In addition, he was named 2016 Structural Materials Division Distinguished Scientist/Engineering Award, as well as the 2016 Functional Materials Division Distinguished Scientist/Engineering Award, both from TMS; 2013 Brimacombe Medalist Award from TMS; 2011 Distinguished Lectureship given by Tsinghua University, China; 2004 Bradley Stoughton Award for Young Teachers, given by ASM International; and the 2006 TMS Young Leaders Tutorial Lecture. He also received the National Science Foundation Early Career Development Award and the Office of Naval Research Young Investigator Award.

Prof. Chawla is editor of Materials Science and Engineering A published by Elsevier (2016 Impact Factor of 3.1). He also serves on the Editorial Boards of Advanced Engineering Materials, Materials Characterization, and Materials Chemistry and Physics. He has served or is serving on several external advisory boards, including that of Naval Research Laboratory, the Advanced Photon Source at Argonne National Laboratory, and New Mexico Tech. His work has been featured on the show Modern Marvels on the History Channel, R&D News, Fox News, and the Arizona Republic. He serves on ASU President Michael Crow’s Academic Council, which provides input to the president on academic, structural, and strategic matters.

Professor Chawla will present an overview of his research at the Acta Awards Symposium and receive the Silver Medal at the Awards Ceremony during the TMS Annual Meeting in Phoenix, AZ in March 2018. 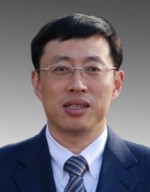 The recipient of the 2017 Acta Materialia Silver Medal is Jing-yang Wang, the distinguished professor and division head in the High-performance Ceramic Division at the Shenyang National Laboratory for Materials Science and Institute of Metal Research, Chinese Academy of Sciences. He is also the assistant director of Shenyang National Laboratory for Materials Science.

Jingyang Wang received the B.A. degree in Physics in 1992 from Peking University, M.A. degree in 1995 and Ph.D. degree in 1998, both in Materials Physics from Institute of Metal Research, Chinese Academy of Sciences. He joined the faculty in Institute of Metal Research where he became the assistant professor in 1998, associate professor in 2002, and full professor in 2006. He was the visiting scientist at International Centre for Theoretical Physics (Italy) in 2001, University of Trento (Italy) in 2001, and International Center for Young Scientists (ICYS) at National Institute of Materials Science (Japan) in 2007.

Professor Wang focused over 15 years of research activities in the area of materials science of advanced engineering ceramics. He has published more than 180 peer-reviewed SCI papers (H-index factor 36), including 30 in Acta Materialia and Scripta Materialia, and has 17 patents in the field of ceramics. In addition, he presented ~50 keynote/invited talks and served 25 advisory board members and symposium organizers in international conferences. He is internationally recognized for his scientific contributions and leadership in high-throughput materials design and modeling, novel methods for processing bulk, low-dimensional and porous ceramic materials, and multi-scale structure-property relationship of high performance structural ceramics. His recent notable research contributions are:

He established the theoretical criteria for predicting damage tolerant/quasi-ductile ceramics based on DFT calculations of chemical bonding heterogeneity and specific mechanical properties. Many new families, including MAX phases, RE2SiO5, RE2Si2O7 and M3AlN, were theoretically predicted and experimentally validated as novel damage tolerant/quasi-ductile ceramics.

He proposed the strategic knowledge on tailoring the mechanical properties of nano-laminated carbides and nitrides by means of modifications on valence electron concentration and structural units in crystal structure, and further provided crucial guidelines on experimental activities. His work pioneered extensive investigations of the new family of nano-laminated carbides with the chemical formula of (MC)nAl3C2 and (MC)nAl4C3 (M=Zr and Hf, n=1, 2, 3, and 4).

He presented the concept of optimal irradiation damage tolerance of transitional metal carbides (MAX phase and ZrC1-x) through proper design of intrinsic point defect sinks, including the nano-twinned crystal structure and self-assembly of carbon vacancies, respectively, inside the crystal structures. The knowledge inspired his challenging work on the low-temperature fabrication of the integrated Ti-Cr-Zr-Al-Si-C coating for accidental tolerant Zircaloy fuel cladding.

He disclosed the diverse dependences of macroscopic performance, including mechanical and thermal properties, as well as high temperature water vapor and CMAS corrosion resistances on chemical composition and crystal structure of dense and phase-pure X2-RE2SiO5 and β-RE2Si2O7 rare-earth silicates. The information would initiate high-efficient materials design and optimization of RE-silicates for advanced T/EBC applications.

He adopted multi-phonon scattering mechanisms in porous high-temperature ceramics that achieved the balance of extremely low thermal conductivity and excellent thermal stability up to 1500 o C. The novel thermal insulation materials covered from highly porous Y2SiO5 and Y2Si2O7 silicates that are originally thermal insulators in dense ceramics to nano-SiC and nano-Si3N4 particle aggregates which intrinsically have very high thermal conductivity in bulk forms.

His contributions have been recognized on many scientific advisory boards and committees of the American Ceramic Society (ACerS) and the American Society of Metals International (ASM Int.) and serves on the International Advisory Board of UK CAFFE consortium (University of Cambridge, Imperial College London and University of Manchester) on ceramics for nuclear applications. He also served as the volume editor of Ceramic Engineering and Science Proceedings and is the book editor of Developments in Strategic Materials and Computational Design, both published by John Wiley & Sons, Inc., and is the Executive editor of Journal of Materials Science and Technology published by Elsevier.

Professor Wang’s scientific career has also been recognized with many awards and honors, including ASM-IIM Visiting Lecturer Award in 2016, Distinguished Professor of CAS Distinguished Research Fellow Program from Chinese Academy of Sciences (CAS) in 2016, National Leading Talent of Young and Middle-aged Scientist Award from the Ministry of Science and Technology of China in 2015, DisLate Shri Sardar Pratap Singh Memorial Award from the Indian Ceramic Society in 2015, JACerS Author Loyalty Recognition Award in 2014 and the Global Star Award Society in 2012 from the ACerS, Second Prize in 2012 and First Prize in 2011 for Science and Technology Progress Award from China and First Prize for Natural Science Award from Liaoning Province in 2005.

The Acta Materialia Silver Medal honors and recognizes scientific contributions and leadership from academic, industry and public sector leaders in materials research in the midst of their careers. The Silver Medal was established in 2016 and nominees are solicited each year from the Cooperating Societies and Sponsoring Societies of Acta Materialia. Inc. Professor Wang will receive the Silver Medal at the TMS Annual Meeting in San Diego in March 2017.