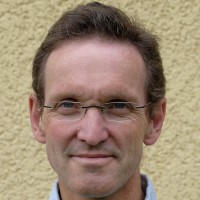 October 2015 – French Metallurgical Society Representative Governor
Alexis Deschamps received a PhD (1997) in materials science at Grenoble Institute of Technology (France). After a post-doctoral stay at University of British Columbia in Canada he was appointed assistant professor at Grenoble Institute of Technology in 1998 and since 2004 is a full professor there, except for a one-year sabbatical stay at Monash University in Australia in 2010. His research involves the characterization of nanoscale microstructures of metals using large-scale facilities and their relationship with properties. Particularly, he has pioneered the use of Small-Angle Scattering for in-situ studies of precipitation and for precipitate mapping in heterogeneous microstructures. His work has resulted in more than 100 journal papers, and in the supervision of 18 PhDs. He is actively involved in several international conference series in the materials science field: Phase Transformations in Inorganic Materials (PTM), International Conferences on Aluminium Alloys (ICAA), Processing of Advanced Materials (Thermec). He is presently head of a Physical Metallurgy research team and of a Master degree of Materials Science and Engineering at Grenoble Institute of Technology.