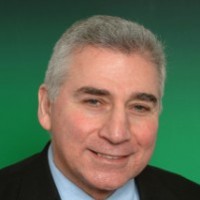 Art Coury holds a B.S. degree in chemistry from the University of Delaware (1962), a Ph.D. in organic chemistry (1965) and an M.B.A. (1980) from the University of Minnesota. His industrial career included positions as: Senior Research Chemist at General Mills, Inc. (1965-1976), Director, Polymer Technology and Research Fellow at Medtronic, Inc. (1976-1993), Vice President, Research and Chief Scientific Officer at Focal, Inc. (1993-2000), and Vice President, Biomaterials Research at Genzyme Corporation (2000-June, 2008). He currently is a consultant. His career focus has been polymeric biomaterials for medical products such as implantable electronic devices, hydrogel-based devices and drug delivery systems. He holds over fifty distinct patents and has published and presented widely in his field. His teaching positions have included adjunct or affiliate appointments at the University of Minnesota, the Harvard-MIT Graduate Program in Health Sciences and Technology and the University of Trento, Italy. His professional service has included: Chair, Minnesota Section, American Chemical Society (1989-1990); President, Society for Biomaterials, USA (1999-2000); President, American Institute for Medical and Biological Engineering (2003-2004) and membership on a number of university, society and corporate advisory boards. His recent recognitions have included the delivery of distinguished lectureships, receipt of the 2007 Innovation and Technology Development Award of the Society for Biomaterials, being named as one of “100 Notable People in the Medical Device Industry” by MD&DI magazine, 2008, induction into the National Academy of Engineering, USA, 2009 and recognition on the University of Delaware alumni “Wall of Fame,” 2010.